Be A Good Sport 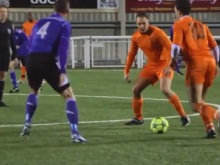 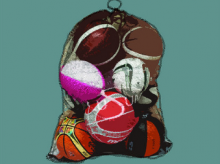 An image used on the Fixers poster 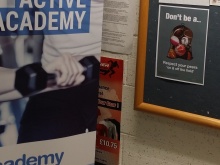 The poster on display in a sports club

A keen sportswoman from County Derry/Londonderry, who was shunned by her teammates when she picked up an injury, wants others to show respect both on and off the field of play.

Seventeen-year-old ‘Jessica’, whose real name has not been used, was bullied when she had to miss part of a season and now wants to show others that sport is as much about having fun as winning.

‘Things changed a couple of years ago when I got injured playing for one particular team just as we were in the running for prizes.

‘I don’t know if was because of the initial disappointment of not winning anything, but when the season ended people started saying I’d let the team down.

‘It harmed my confidence, ruined friendships and put me off a sport that I loved.

‘The abuse I took was off the field of play, but sporting behaviour shouldn’t only occur during sport, which is what my campaign is about.’

With Fixers, Jessica has helped produce a poster to promote fair play in sports, which she intends to distribute to local clubs.

It uses simple imagery and wordplay and encourages people to show respect for others on and off the field.

To enlarge Jessica’s Fixers poster, click on the image below. 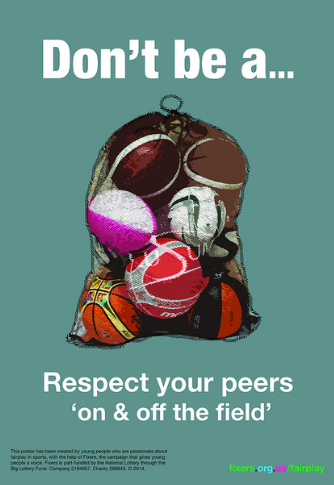 ‘I think the poster is great. I like the humour of it as I think it makes a serious point in a way that isn’t too serious,’ Jessica says.

‘I want people to realise that although it’s good to take sport seriously, for most people it’s really just a bit of fun - something to do to keep fit and maintain a social life.

‘Having the will to win and passion to play is okay.

‘Treating teammates or opponents with disrespect is wrong and unacceptable.'