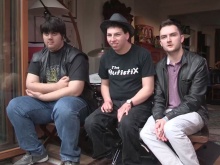 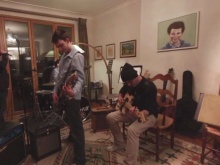 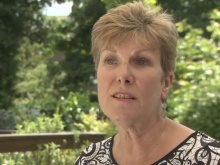 ‘People treat those with any kind of condition differently because they don’t understand it. We want to get the message across that even though there are people with disabilities, we are all just the same.’

Luke Steels, Saul Zur-Szpiro and Jack Beaven-Duggan from North London have autism and are all members of rock band The AutistiX.

Through music, they want to inspire others to see beyond a person’s disability, by showing that they’re just as able as anyone else.

Their story was broadcast on ITV News London on Friday 7th August.

‘The three of us have autism and we’re here to prove that it never stops you from doing anything.’

Luke (18) adds: ‘Music is a great way of expressing yourself. We perform gigs all over the country and all over the world.

'We are chasing our dream and living the dream.'

In the TV film, the band introduce a music video they’ve created with the help of Fixers, to accompany their latest track ‘Just the Same’.

You can watch the group's music video by clicking on the image below.

Carol Povey from The National Autistic Society appears in the broadcast, in support of the group and their campaign.

‘It’s great to hear musicians with autism, where the focus is on their talents and their success as a band.’

The AutistiX feature in another Fixers project, helping Benice to raise
awareness of autism among ethnic minorities. Watch her Fixers film.