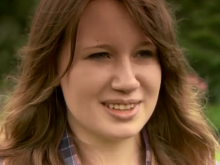 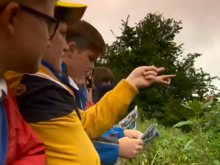 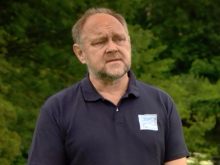 ‘It’s upsetting to see so much of it because I think of how many beautiful British plants there are and how much better it is for our environment to have diversity. Then you just see this plant taking over.’

Eighteen-year-old Alaina Harrison from Esh Winning in County Durham is rounding up volunteers to help root out Himalayan Balsam - a problem weed which is damaging the local environment.

Her story was broadcast on ITV News Tyne Tees in August 2015.

In the TV piece, Alaina shows a group of school children the negative impact the plant has had on a local riverbank.

‘The problem is they start out quite small but then grow big, causing the little plants underneath to die off because they haven’t got any sunlight,’ Alaina says.

‘I think it’s important that people are proactive and want to do something about it, just like I do.’

With Fixers, Alaina has helped to produce a leaflet to explain more about the plant and encourage people to report sightings of it, so clean-ups can be arranged.

Click on the image below to read Alaina's Fixers leaflet. 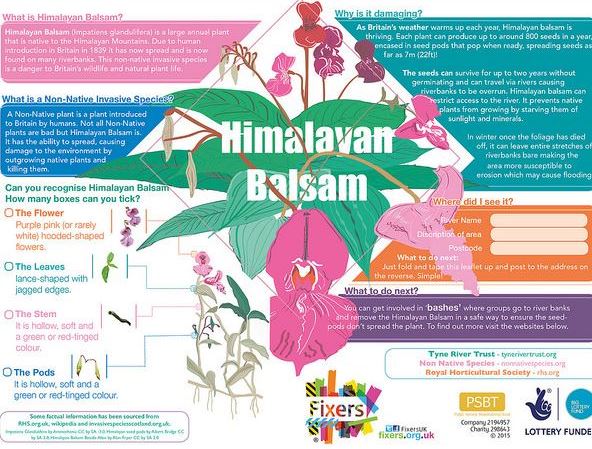 John Musham from the Tees Rivers Trust also appears in the broadcast, in support of Alaina’s campaign.

‘Himalayan Balsam was brought to England by the Victorian plant collectors from the Himalayan countries,’ he explains.

‘They had no idea that by letting it out into the countryside, it would have no natural enemies - allowing it to grow and grow.

‘It’s decreasing the bio-diversity, which has a knock-on effect all the way up the food chain.’

Alaina adds: ‘The one good thing about Himalayan Balsam is that it’s quite easy to pull out and that makes it a lot easier to clean up.

‘It’s actually been quite exciting to see the kids getting involved.

‘When I was listening to them talking about it, I just couldn’t stop smiling.

‘It’s exactly what I wanted to see – people feeling passionate about it, just like me.’

You can watch Alaina’s TV film at the top of this page.

Keen to do her bit to save the environment, Leah Khalfan teaches
young people about climate change. Watch her TV film.