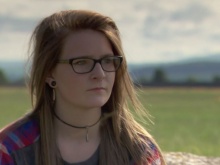 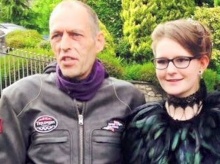 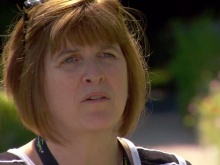 ‘People would treat me like a baby and they would sugar-coat things. They used to ask me if I was okay all the time and it made me feel like I was the one who was ill, not my dad. When I needed people the most, I felt so alone.’

When Kayla Laisby’s dad was diagnosed with terminal cancer, she felt many of those close to her didn’t know how to offer their support.

The 16-year-old from Grange-over-Sands in Cumbria says it was often the ‘elephant in the room’ and she now wants to help others understand how to approach the subject with their friends or relatives.

Her story was broadcast on ITV Granada Reports on Tuesday 25th August.

‘It tested my friendships and relationships over the years because of the way each individual dealt with it, or dealt with me.

‘People would treat me differently. They would over-sympathise.

‘I wouldn’t get invited somewhere because they knew that I was having problems at home, but I’d rather go out and do something then sit dwelling on my dad’s illness.’

You can watch Kayla’s TV story here at the top of this page.