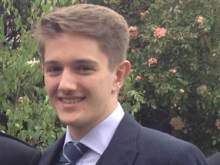 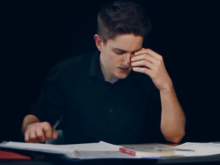 Caillan features in the film 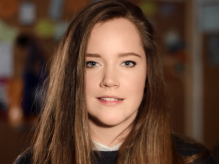 Young people share their experiences in the Fixers film

Worried that many students bottle up their anxiety when it comes to exams, Caillan Ablett wants more support for those experiencing stress at school.

The 18-year-old from Edinburgh feels there is too much pressure on young people to attain good grades and not enough attention paid to their mental well-being.

‘This is a very real issue,’ explains Caillan.

‘I know what it’s like to feel stressed and I’ve seen friends struggle in school because they’ve been worried about not doing well.

‘A lot of the time, young people keep their feelings to themselves.

'Sometimes all they need is somebody who will listen.

‘I hope my project can encourage those affected to speak out and also help teachers and parents to spot the signs of stress in students so they can provide support.'

With Fixers, Caillan has helped create a film to show how pupils can be affected by pressures in the classroom.

It features interviews with young people who explain the importance of having someone to talk to when they’re feeling anxious.

Watch Caillan's Fixers film 'School Stress' at the top of this page.

‘I think the film is very effective,’ Caillan says.

‘Rather than making a drama, we thought having people talk to camera would look more realistic and be taken seriously.’

Caillan plans to show his film to teachers at a local high school and also hopes to target those further afield on social media.

He adds: ‘I hope it can stop young people feeling so isolated, while also educating staff so they can offer useful advice.

‘If you are someone who is under a lot of pressure at school, then I suggest not keeping your feelings a secret.

‘Others are there to help and you are often not alone in your troubles.’

To see other resources on the topic of mental health, and watch more Fixers films, click on the image below.