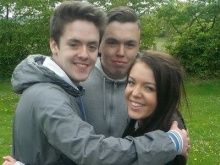 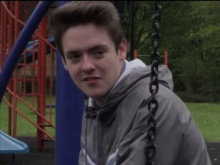 The characters in the Fixers film discuss depression 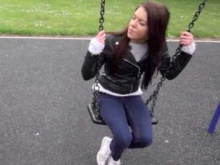 Concerned that teenage depression is too often dismissed as ‘just a phase’, three young people from County Durham want others to take it more seriously and acknowledge that mental health conditions can affect all ages.

Michael Whaley (18) and his 17-year-old cousins Connor and Caitlin White, who have all felt the impact of depression, are encouraging people not to mistake the illness for teen angst.

‘I am very passionate about this topic because my 18-year-old brother had mental health issues and took his own life in 2014.

‘Teenage depression needs to be taken more seriously. Symptoms can include loneliness, anger, social withdrawal, loss of appetite and a lack of sleep.’

With Fixers, the group have helped create a film to show that depression in young people can have tragic consequences if left untreated.

In the powerful piece, fictional siblings, Russell and Nicola, discuss teenage depression and the impact it had on their family.

You can watch the group’s Fixers film ‘Final Cry: Teenage Depression’ at the top of this page.

‘I love the finished film, because it has a huge effect,’ explains Caitlin, who also experienced depression at a young age.

‘As a sufferer myself, I never thought I would finally have a voice and be able to turn a negative into a positive by helping others.

‘I hope everyone can see it so they know what the symptoms are.’

The group have been asked to launch their film at Durham County Council’s Suicide Prevention Conference later this year. They want it to make a real difference to the way adults view teen depression.

‘I hope it changes the minds of those who sweep the idea of teenage depression under the rug,’ adds Connor.

‘I think the video will give people a shock.

‘Hopefully they’ll realise they should act on a situation before it’s too late.’

Louis and his team are also raising awareness of teenage depression, by helping
young people spot the symptoms. Take a look at their poster campaign.