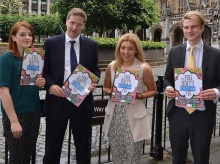 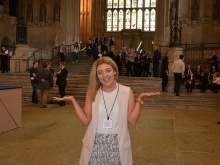 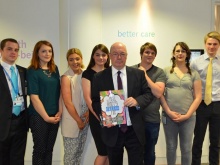 After Fixers from across the UK joined forces to suggest ways to improve care for young people with eating disorders, their recommendations have now been presented to government.

Twelve 16 to 25-year-olds, who have first-hand experience of conditions including anorexia and bulimia, shared their ideas at The Feel Happy [Eating] Fix in June - an event organised by Fixers and supported by the Wellcome Trust.

The outcomes of those discussions have been compiled in a report. This was presented to MP Steve Brine by Fixers Danny Bowman, Shannon Finan and Imogen Smith at the Houses of Parliament on Wednesday 15th July.

It was then passed to Alistair Burt, Minister for Community and Social Care, to review and consider the suggestions, which the Fixers hope will contribute to positive change.

‘I’d like to see waiting times for treatment reduced and criteria to access that care changed,’ explains Shannon Finan (21) from Coventry.

‘When I went to see my GP, I was told that my Body Mass Index wasn’t low enough to receive treatment.

‘It made me feel angry and that I wasn’t ‘good enough’ at being ill, so I began to restrict my food intake even more.

‘Three months later I was finally admitted to an eating disorder clinic to get the care I needed.

‘When I was lying in a hospital bed I never thought I’d find myself at Parliament speaking to an MP.

'I’d like policymakers to realise that an eating disorder shouldn’t just be judged on BMI because it’s a mental illness as well.’

Click on the image below to read the report. 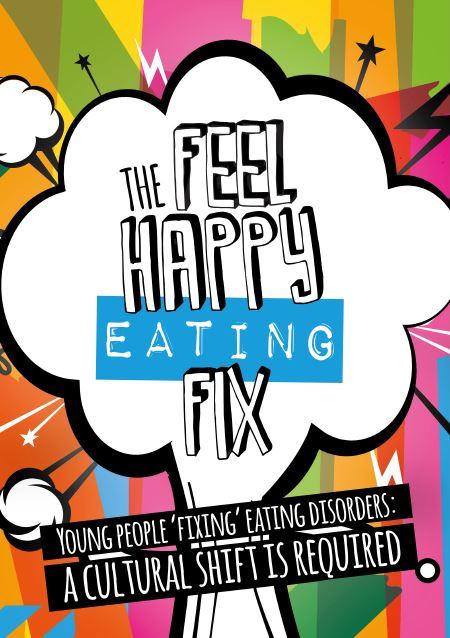 Danny Bowman (20) from Alnwick shared his experiences of body dysmorphic disorder during the report launch event in Westminster.

‘When I was admitted to an eating disorder clinic, it was just me and one other guy among 50 women,’ he says.

‘It makes you feel like you shouldn’t be there - like you’re a man and you’re not supposed to have an eating disorder.’

Steve Brine MP added: ‘It was great to meet Fixers and receive their report on issues facing youngsters with eating disorders.

‘It’s so valuable to hear from young people as they are living it day-to-day and are best placed to know what works for them.’

Click here to find out more about The Feel Happy [Eating] Fix.