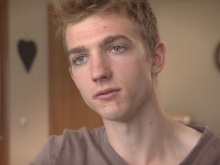 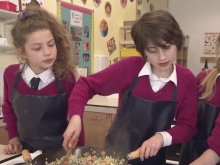 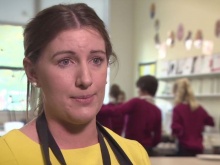 ‘We think that nutrition is something that people don’t prioritise because they don’t think they can afford it. Our idea is to show that you can have healthy dinners for cheaper than a lot of the ready meals that are available.’

Twenty-year-old Josh Armistead from Somerset and his team are helping to teach school children how to cook healthily, in the hope that they will get more involved in preparing food at home.

‘I think cooking is something that enables people to be creative and yet it’s also an important life skill,’ explains Josh.

‘If you can do it in a way that is interesting, then it’s even better. The message I want kids to take home is that cooking can be fun.

‘If you get these key ideas across from an early age then it’s something that will interest them for a long time to come.’

With Fixers, the group have helped create a recipe book, to show young people how to make simple, low-cost dishes, including spaghetti Bolognese, stir-fry and risotto.

Click on the image below to read Josh and his team’s Fixers recipe book.

The group organised cookery workshops in a local school, gaining the support of teacher Jane Millar from St Mary Redcliffe and Temple School.

‘I think with the rise of obesity in children, teaching them how to cook healthily is really good,’ comments Jane, who also appears in the broadcast film.

‘Actually showing them how to do it through a recipe book gets them more involved and offers them information.’

You can watch Josh and his group’s TV story here at the top of this page.

Also keen in the kitchen, Danni McLaughlin hopes to inspire others
with her passion for homemade meals. Find out more about her campaign.