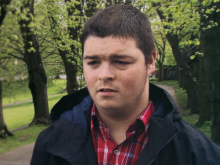 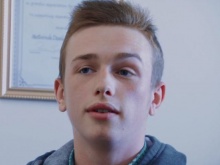 Daniel McCann appears in the broadcast 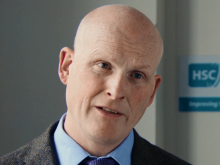 ‘Legal highs can harm you and the people around you. I’d like to tell young people to stop, think twice and don’t give into peer pressure.’

Twenty-two-year-old Kevin Moore from Belfast wants to warn young people, who may be considering using legal highs, about their potentially devastating downsides.

His story was broadcast on UTV Live on Monday 13th July.

In the television film, Kevin speaks about the reasons behind his campaign and meets with other young people who are aware of how harmful the substances can be.

‘I knew someone who got addicted to legal highs,’ Kevin says.

‘He disconnected from everyone.’

Daniel McCann (18) adds: ‘People don’t realise what they can do to you.

'People have had to ring an ambulance. They were lucky to be alive.’

With Fixers, Kevin has helped create a poster to accompany his broadcast film and get his message across.

It shows what can happen to someone when they take a legal high and lists panic attacks, heart problems and death among the potential consequences.

Kevin hopes to display the posters in local secondary schools.

To enlarge Kevin's Fixers poster, click on the image below. 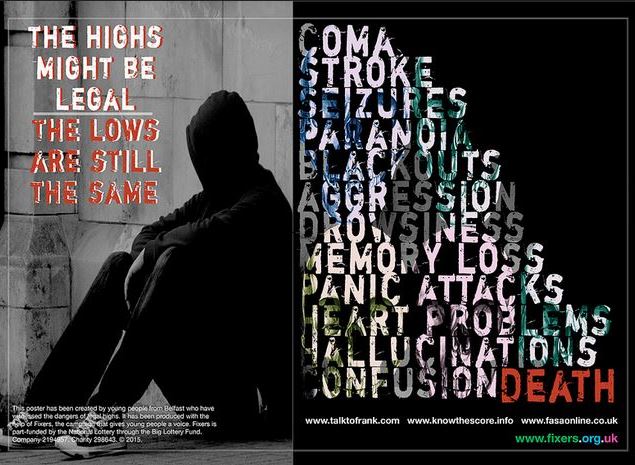 He explains how difficult it can be for medical professionals to treat those who have taken legal highs.

‘They include a diverse range of chemicals - it can run into several hundred,’ he says.

‘The problem for doctors in an overdose situation is finding out what it is that they are trying to treat.’

You can watch Kevin’s TV film at the top of this page.