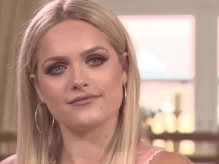 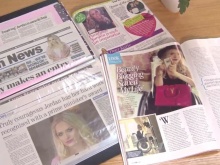 News of Jordan's campaign has featured in the media 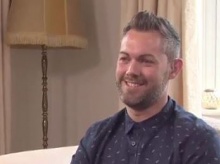 ‘It feels like everyone is listening. I think because I’m a young person, others my age can relate to me. I’m a normal girl, but I show that it happens - that one little mistake can change your life forever.’

Just over ten years ago Jordan Bone (25) from King’s Lynn was involved in a car accident. The driver lost control and Jordan, who was a passenger in the car, broke her neck. She’s now paralysed from the chest down.

Jordan started working with Fixers to promote road safety two-and-a-half years ago and after giving presentations to students in schools and colleges, she is reflecting on a successful campaign.

Her story was broadcast on ITV News Anglia on Thursday 9th July between 6:00 and 6:30pm.

‘I got in touch with Fixers because I thought it would be good to try to save lives by sharing my story,’ explains Jordan.

‘We decided to create a film about road safety.

'Initially it was shown on TV, but then I used it in my presentations at schools and colleges.’

Jordan has also met the transport minister as part of her work with Fixers and has received a Points of Light award from the Prime Minister. In October, she gave a speech at Equal Lives – an organisation that supports people with disabilities.

Matthew Talbot, their Youth Forum Project officer, appears in the broadcast to explain to Jordan the impact she had.

‘When I saw your inspirational talk I just thought ‘Wow’. It really hit me,’ comments Matthew.

‘We had fantastic feedback.

‘You get out there and you’re so positive. When young disabled people see you they think ‘if she can do it, I can do it too.’

‘I think with the way that you tell your story, you are definitely saving lives.’

You can watch Jordan’s TV film here at the top of this page.

Jordan first shared news of her campaign on TV in 2013.
Watch the broadcast.