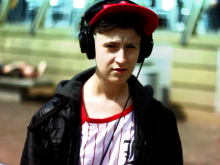 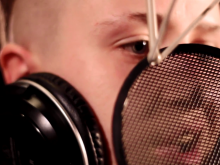 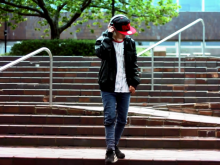 Jordan in his Fixers music video

Targeted by bullies for being transgender, Jordan O’Gorman is urging others to stand up to transphobic and homophobic abuse.

The 18-year-old from Peterlee in County Durham wants LGBT young people to be accepted for who they are and not discriminated against as a result of their gender identity or sexuality.

‘I was born female, but came out as transgender at the age of 15,' explains Jordan.

‘My mum was very supportive and it was like a huge weight off my shoulders.

‘Sadly, the same can’t be said for my time at school. I was picked on and called names by other pupils, which was really hard to deal with.

‘Nobody should ever have to feel singled out in life. That’s the message I’m trying to get across.’

With Fixers, Jordan, who’s a keen songwriter, has helped create a music video to tackle transphobic and homophobic bullying.

In the video, he raps about his own experiences to show that being lesbian, gay, bisexual or transgender doesn’t make you any less of a person.

Watch Jordan’s Fixers film ‘Just Be Me’ at the top of this page.

‘When I was being bullied, I always saw music as an escape and a way to get my emotions across,’ he says.

‘So it was great being able to lyrically tell my story through a music video like this.

‘It was quite emotional looking back on those experiences, but if it helps others then it had to be done.’

Jordan showed his Fixers film to pupils at The Academy at Shotton Hall on Thursday 25th June.

He adds: ‘I was a bit nervous about re-living those memories, but I felt like I needed to do it.

‘It not only allowed me to move on, but hopefully it can stop others from being bullied in the future.'

Laura Finnigan wants to show that being gay is not a lifestyle choice,
but part of her identity. Watch her TV story.