My Freedom, My Right 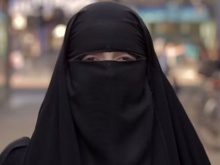 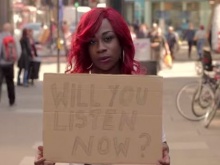 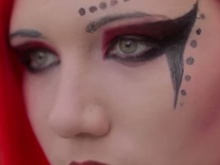 Feeling that she is often victimised for her choice of attire, Joni Clarke wants people to stop judging individuals based on their appearance.

The 22-year-old from London converted to Islam at the age of 17 and now wears a niqab, which is a traditional Islamic dress.

She wants people to be free to express themselves in which ever way they choose and without fear of prejudice.

‘I experience discrimination on a day-to-day basis,’ explains Joni.

‘I wear a niqab and some members of the public don’t like it. I get called names, I’ve had a cigarette thrown at me and nearly been run over on several occasions.

‘Sometimes I get angry, but other times I take the time to question the perpetrator and explain why I wear what I do.

‘I tell them the meaning behind it and how it makes me feel.’

With the help of Fixers, Joni has created a film shedding light on others who may face discrimination based on their appearance.

The short piece shows people of different races, styles and cultures, united by one voice and speaking out against prejudice.

Watch Joni's Fixers film 'My Freedom, My Right' at the top of this page.

Joni aims to share her resource with people of all ages in an attempt to spread understanding.

‘The film is very strong. I want to direct this at everyone,’ she adds.

‘It’s nice to hear other stories and it’s good to show that no matter what you look like, you can get along.

‘It just depends whether you’re willing to leave your flock of sheep and visit the next field.’

others not to judge on appearance.