Do You Mind Fix On ITV 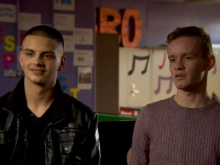 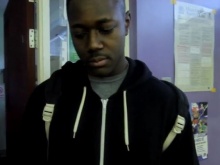 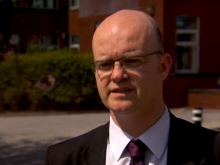 ‘We think mental health is one of the most serious issues for young people today and it needs to be acted upon straight away.’

Leon Hollinrake and Ciaran Cox, both 18 and from the Rochdale borough, are encouraging young people not to bottle up their emotions.

Their story was broadcast on ITV Granada Reports.

In the broadcast, Leon and Ciaran introduce a film they’ve created with the help of Fixers and the rest of their team, that tells the story of a schoolboy battling depression and shows the positive impact of receiving help.

‘Depression, anxiety and stress are just crying out to be fixed,’ Ciaran explains.

‘We’re working on a project to help young people understand the issues regarding mental illness.’

Leon adds: ‘I’ve had friends in the past who have taken their own lives as a result of the things they’ve been going through.

‘We want to give out the message that there is always light at the end of the tunnel.’

Jason Smith from Rochdale Child and Adolescent Mental Health Services also appears in the broadcast in support of the campaign.

'Over the past two years we’ve seen a seventy per cent increase in 10 to 14-year-olds in A&E following an act of deliberate self-harm,’ says Jason.

‘It’s vital that children and young people are able to access someone to talk to at the earliest possible stage to stop things becoming a crisis.’

Watch Leon and Ciaran’s TV film here at the top of this page.

Read more about the group’s campaign and watch their Fixers film.