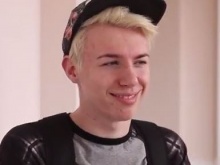 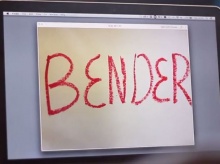 Offensive labels are given to characters in the film 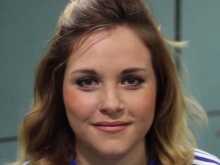 A character in the film shakes off the insults

Concerned that LGBT+ young people are too often called names because of their sexuality, Austen Taylor Wright wants to help put a stop to this form of abuse.

The 19-year-old from Newport in South Wales says that offensive labels made him feel different and segregated from society.

He wants others to understand that a person should not be defined by their sexual orientation.

‘I think it's de-humanising. We're made to feel worthless,’ Austen explains.

‘I don't agree with people labelling others because we're all human and we're all unique.'

Described using offensive words including ‘bender’, the narrator explains the destructive effects of these insults.

Watch Austen’s Fixers film ‘More Than A Label’ at the top of this page.

‘I think it reflects how easily people can be labelled.’

Austen plans to show his film in schools. He also wants to share it with other LGBT+ young people and on social media.

‘I believe that everyone should see it. If not, then nothing will change,’ he adds.

‘I hope that by sharing our stories, we can change the world we live in.

‘We are more than just a label.'

Laura Finnigan urges others to accept a person’s sexuality,
without judgement. Watch her TV film.