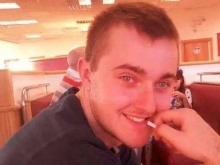 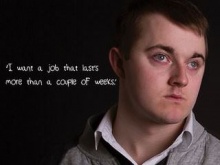 Damian features on one of his Fixers posters 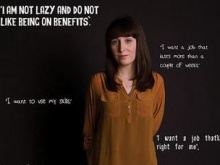 A model appears on the other poster

Drawing on his own experiences, Damian Richardson is urging others to support the aspirations of young people on benefits.

The 21-year-old from Middlesbrough is partially sighted, on Employment Support Allowance (ESA) and is keen to start work, but says he’s been told that it’s not worth bothering to train for some jobs because of his eyesight.

‘I was refused the opportunity to train as a security guard,’ explains Damian.

‘Being rejected made me more determined to gain the skills I need.

‘I’m not here on this earth to sit around and do nothing. I want to work for a living and pay taxes.’

Damian gained a place on his desired course and now wants to assist others in achieving their goals.

With Fixers, he has helped create a poster campaign to offer insight into the positive attitudes of young people on benefits, highlighting that many do want to work long-term in a role they feel passionate about.

To enlarge Damian’s Fixers posters, click on the images below. 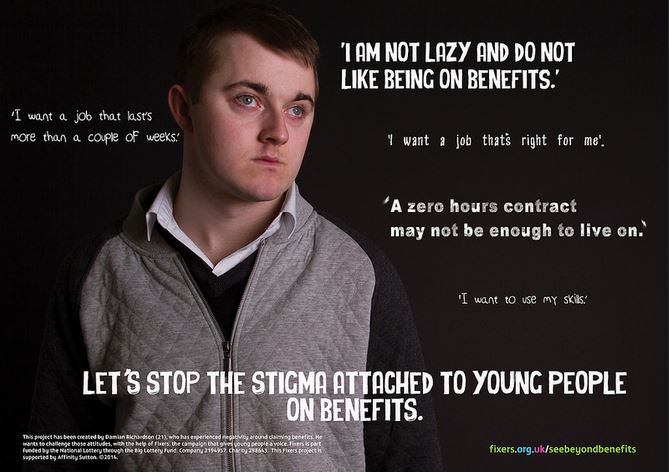 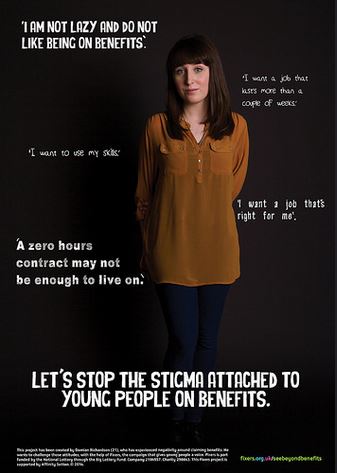 ‘They’re straight to the point – what you see is what you get.’

Damian wants to display his posters around Middlesbrough, in places including colleges, shops and pubs.

He hopes the resource will go some way towards changing people’s opinions by giving a glimpse into the way some benefit recipients think.

‘I want more support for young people who aspire to a career,’ he adds.

‘I want to challenge people’s negative attitudes towards those on benefits, helping them to understand that we do want to work.’

Sarah Underdown is highlighting the value of volunteering in helping
young people into work. Find out about her Fixers campaign.