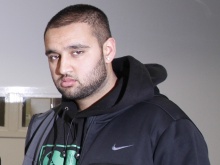 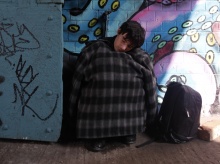 On set at the photo shoot for the Fixers posters 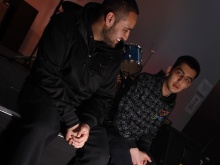 Gopal (left) during the photo shoot

Tired of young people being judged negatively, Gopal Dubb is encouraging others to look beyond stereotypes.

The 18-year-old from Birmingham feels that people have made assumptions about him in the past based on what he was wearing.

He now hopes to show that appearances aren’t everything.

‘One day I was minding my own business and I must have had a rip in my clothes,’ explains Gopal.

‘People immediately started giving me strange looks even though they didn't know anything about me.

‘My mission is to end this culture of stereotyping and urge society to look beyond the surface.’

With Fixers, Gopal and his team have helped to create a series of posters. Each depicts a young person in a different scenario, urging others to refrain from passing judgement and understand that there is an individual behind every story.

To see the poster series, click on the image below. 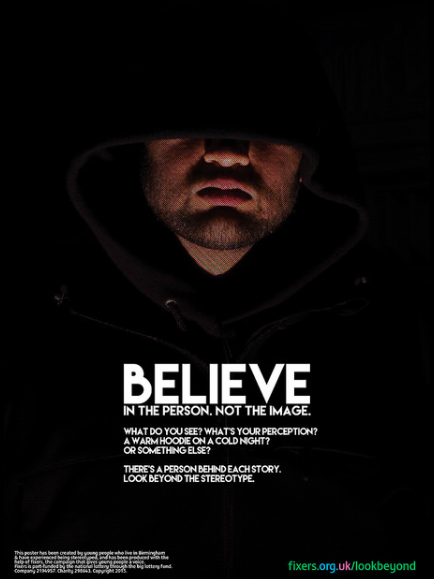 ‘I think the posters look fantastic and get the message across perfectly,’ comments Gopal.

‘My idea was to show that you can’t know someone just by looking at them.

‘Everyone deserves a chance.’

As well as displaying his posters to be seen by the wider community, Gopal also wants to show them in schools and colleges to promote his message.

‘I want them to be seen by as many people as possible, including teachers and students.

‘Stereotyping is the root of many ills in today’s world.

‘The sooner we can tackle this problem, the better.’

Lizzie Clark and her team are also tackling negative stereotypes of young
people. Find out more about their Fixers campaign.