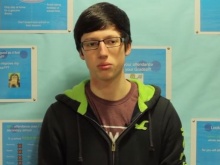 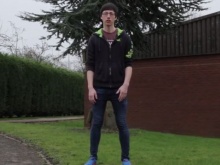 James in the Fixers film 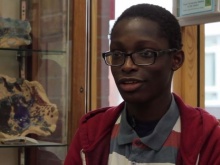 Anthony Ofula shares his experiences in the film

After the doors closed on council-run youth clubs in Staffordshire, James Cain wants to help save similar services for young people in other parts of the country.

The 18-year-old from Newcastle-under-Lyme says he enjoyed the benefits of youth services before the local council withdrew funding.

‘It was a devastating loss to see the service axed,’ explains James.

‘I’ve used youth services here for over two years now and they really did change my life.

‘They gave me a sense of confidence and self-esteem.

‘I have an offer to study at Oxford and I know that would not have happened if it weren’t for the support I received from youth workers.’

With Fixers, James and his team have helped create a short film that features young people telling personal stories about the way youth work has benefited their lives.

Watch the Fixers film ‘Youth Cuts in Staffordshire’ at the top of this page.

‘I really like the way the film turned out,’ says James.

‘I think it looks really professional and it gets the message across effectively.’

As part of his campaign, James spoke to Mark Sutton from Staffordshire County Council. He explained the reasons for the closures.

‘Ultimately the youth service was only being used by a quarter of young people across the county,’ Councillor Sutton comments.

‘It was difficult for us to be able to justify spending six million pounds on something when there is a substantial amount of alternative things for people to do.’

James plans to show his Fixers film to young people and teachers in local schools and hopes his campaign will make a difference nationwide.

‘I'm going to send it out to members of the UK Youth Parliament so that they can use it in their areas to fight against similar cuts,’ James adds.

‘I'll also be showing it to local councillors and MPs.

‘I want to raise awareness of the benefits of youth work to all members of the community, not just young people.’