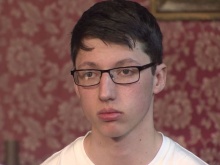 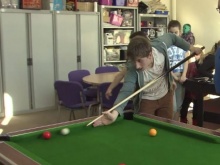 Young people attend a youth centre in the broadcast 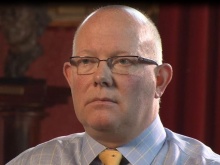 ‘If all councils were to scrap their youth services, I think the effects would be higher rates of youth offending. I really fear that’s what we will see here.’

James Cain (18) from Newcastle-under-Lyme wants to show the benefits of youth clubs, as he’s concerned that the loss of these facilities where he lives in Staffordshire will be detrimental to the younger generation.

His story was broadcast on ITV News Central on Thursday 14th May.

In the TV piece, James explains changes to the youth service in Staffordshire, discusses his campaign with the local council, and showcases a film he’s creating with Fixers, to highlight the importance of youth work.

‘If you live in Staffordshire there are now no council-run youth clubs. The youth workers lost their jobs,’ James explains.

‘Individuals within a community may decide to run a youth club, but it’s very scattered.

‘I think a lot of people don’t realise how much clubs mean, especially in poorer areas as a lot of other activities are expensive.

‘I want to raise awareness of the benefits that young people and communities get from having a well-funded youth service.

‘I’m not convinced that things are going to change in Staffordshire, but I do hope my film can be seen by councils in other areas.’

‘Ultimately the youth service was only being used by a quarter of all young people across the county,’ he says.

‘It was difficult for us to be able to justify spending six million pounds on something when there is a substantial amount of alternative things for people to do.

'It's as likely that a voluntary organisation is going to be just as accessible as youth services was.'

Watch James’ TV film at the top of this page.