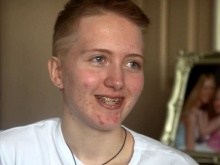 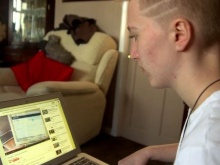 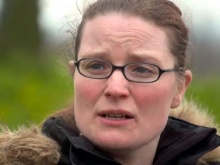 ‘Everyone is different so you shouldn't judge people – you should get to know them.’

Seventeen-year-old Laura Finnigan from Liverpool wants others to be more accepting of people who are gay, saying sexual orientation is not a choice.

Her story was broadcast on ITV Granada Reports on Thursday 14th May.

In the TV piece, Laura shares her experiences and speaks about a film she’s created with the help of Fixers, to get her message across.

‘When I came out, I had a few people tell me that it was my choice or it was a phase.

‘It’s hard to hear that from people because you want to be accepted and you end up feeling bad about yourself.

‘I made a short film to try to show that gay people don’t choose to be gay.

‘It’s had around 36,000 views and I’ve had people talking to me from the States and all over the world.’

‘If somebody is told that it’s just a phase then it diminishes their identity,’ Amelia says.

‘In worst case scenarios it can make people feel suicidal.

‘For lots of others it makes them feel under confident and gives them poor mental health.

‘It has a lot of negative impact.’

Watch Laura’s TV film at the top of this page.

Find out more about Laura’s campaign and watch her Fixers film.