Will You Hug For Stephen? 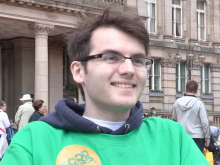 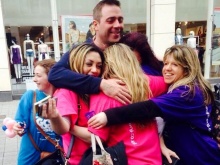 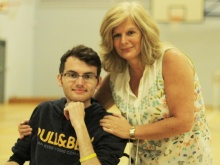 Stephen with his mum, Jane

Friends of Fixer Stephen Sutton, who died last year following a battle with cancer, are inviting the nation to share a hug in his memory.

Whether it’s embracing your mum, a mate or even a pet, you’re being asked to post your hugging pictures on social media, using the hashtag #HugForStephen, before texting 'Hug' to 70660 to donate £2.

It leads into National Good Gestures Day, which was inspired by Stephen’s commitment to make others smile, and will see 900 people take to the streets of the UK on Saturday 16th May to hug passers-by.

It will be the second event of its kind, after Stephen launched the first National Good Gestures Day with Fixers last year.

Just days before he died, he requested that it happen annually.

Stephen’s mum, Jane, says: ‘He believed in the power of positivity and kindness for the sake of spreading good. National Good Gestures Day is the perfect way to keep his message alive.

‘A hug can’t heal everything, but it makes us all feel better. I would like everyone to hug for Stephen!'

Stephen was honoured with a posthumous Special Achievement Award at the National Lottery Awards 2014 for his Fixers National Good Gestures Day campaign.

This year, it will take place in fifteen locations across the UK, with Stephen’s friends helping to bring people together to spread kindness and positivity.

'An event like this is everything that Stephen believed in. One day where he wanted to make other people happy,' says 20-year-old Alistair Fisher, who will be leading the event in Swansea.

‘It’s important for me to do this because he was a good friend of mine and we all owe it to him.’

Abbie Jones (20) who will be at the Manchester gathering, comments: 'With it coming up to a year since Stephen passed away, it’s nice to get people to remember him once again.

'National Good Gestures Day is all about bringing people together and breaking down social barriers.

'Stephen would have loved us rolling it out every year. It was mainly to raise awareness at first, but now it’s to continue Stephen’s legacy.

'It’s nice to give a nod to such an inspirational person in this way.' 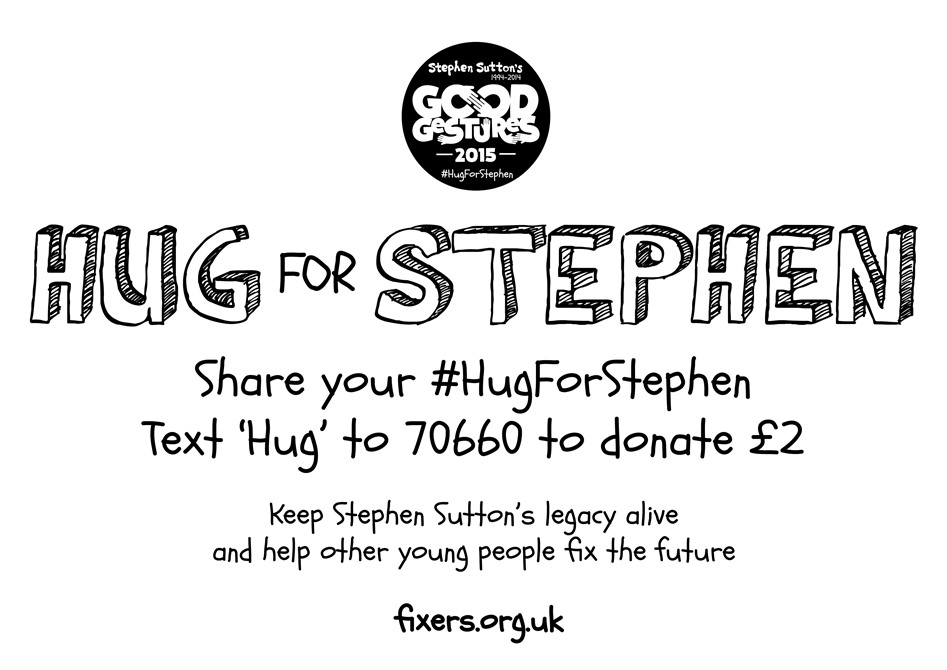 Visit the Hug For Stephen website to find out more.