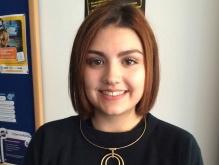 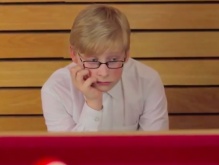 An actor in the film portrays an unhealthy friendship 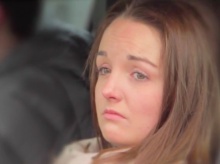 By helping young people recognise the signs of an unhealthy relationship, a group from Havant in Hampshire hope to show that controlling behaviour is never acceptable.

They want others their age, who may be having a negative experience, to identify the warning signals and seek support.

‘It’s not okay to feel controlled and contained by a partner,’ explains 16-year-old Tayah Winslade, who’s spokesperson for the group.

‘Both people should be happy and there should be trust and care for one another.

‘No one should feel like they’re walking on eggshells.’

With Fixers, the group have helped create a film to show the ways in which a variety of different relationships can be affected by certain attitudes.

The hypothetical situations covered include a young couple, a friendship and the relationship between a father and daughter.

Watch the group’s Fixers film ‘Healthy Relationships’ at the top of this page.

‘I hope that this film will show anyone going through this that there is help.

‘They are not trapped.’

While the group are keen to show their film to young people, they also want to raise awareness among other age groups.

‘I hope that it is shown in schools to all teenagers,’ adds Tayah.

‘But people should be able to see it on social media as well.

'Even if an individual has no close friends or family, they should know that there is always someone else out there to help.'

This project was supported by the Police Crime Commissioner for Hampshire & Isle of Wight.

Cat King wants young people to be taught about healthy and unhealthy
relationships in school. Find out more about her Fixers campaign.