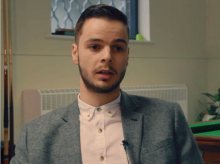 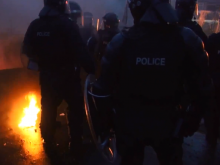 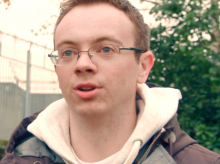 Hoping to change the negative reputation of young people in east Belfast, Frank Dillon is showing his peers the importance of being good role models to others.

The 21-year-old youth worker, who’s lived in the city since he was 11, hopes to change people’s misconceptions by highlighting the good work many do in making their communities better.

‘I began working closely with young people during a time when east Belfast was often in the news about flag protests,’ explains Frank.

‘There was lots of anti-social behaviour, but I believe that many were drawn into this culture, thinking it was their duty.

‘After getting to know some of them, I found they were incredible individuals.

‘My objective is to encourage more people to become positive role models for their generation, showing others the difference between right and wrong.’

With the help of Fixers, Frank has helped to produce a film, which looks at how role models in a community can help to create a safe environment where young people can grow up with hope.

Speaking about the film and his plans for the project, Frank adds: ’I feel that my resource gets this message across.

'I would like to see it used in youth groups, churches and by councils. I hope it can educate young people and their parents too.

‘I want others to see that these young people are trying to change their community for the better and are the ones moving forward in a positive way.’

Chloe Murphy and her team are changing negative