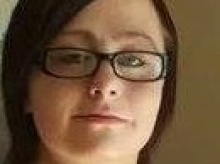 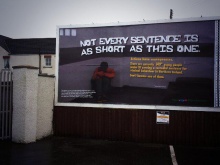 The Fixers billboard on display 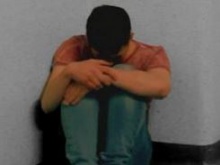 An image featured on the billboard

Keen to remind others that criminal behaviour has consequences, Nikita Thursby is encouraging young people to think before they act.

The 21-year-old from County Antrim wants her peers to recognise the potential repercussions they could face for making bad decisions.

‘I was often getting into trouble growing up,’ explains Nikita.

‘Lots of the time it was for doing what I thought were silly things to relieve boredom.

‘I realise now that these things could've had long-term consequences.’

With Fixers, Nikita has helped create a billboard to highlight that reckless behaviour could land you with a criminal record.

It shows a young person in a cell and carries a warning to those who may be tempted into anti-social actions.

To enlarge Nikita’s Fixers billboard, click on the image below. 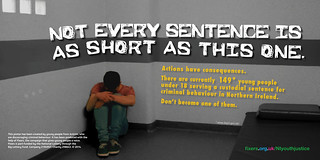 ‘The billboard was displayed in Antrim opposite the bus station, so most of the secondary school pupils from the town saw it,’ Nikita says.

‘My message is aimed at teenagers who might be on the verge of gangs or drugs, perhaps because they live in a place where there doesn’t seem to be much for them to do.

‘It can be easy for them to see anti-social behaviour as cool. I want to show them that this can build into a bad situation.’

Nikita hopes to spread her message further afield, so it benefits others in Northern Ireland and beyond.

‘Actions have consequences,’ she adds.

‘Think before you do things that might land you in trouble… or even jail!’