Say No To Drugs 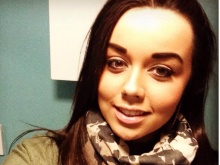 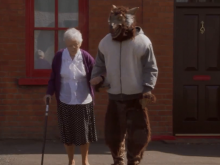 The Fixers film shows a drug dealer dressed as a wolf 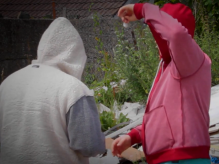 A group from Ardglass in County Down are encouraging young people to steer clear of drugs and legal highs.

Seventeen-year-old Jemma Feenan and her team want people to be mindful of drug dealers, helping to make communities safer for everyone.

‘As a group we're aware of so many young people who have died from taking drugs,’ explains Jemma.

‘My team and I have all managed to stay away from such things, but we understand how other people could end up going down that road.

‘We hope our campaign gets the message out about the dangers of drugs and legal highs.

'The main message is that life is precious. Say no to drugs and don’t risk your long-term future for a short-term high.’

With Fixers, Jemma and her team have helped create a film which shows a dealer dressed as a wolf.

The piece urges young people to beware of these predators, who blend in to their communities and often do their best to go unnoticed.

Watch Jemma and her group’s Fixers film ‘Drugs and Legal Highs’ at the top of this page.

‘The film is great. I particularly like that it’s subtle yet carries a strong message,’ Jemma says.

‘We wanted to show that people who deal drugs don’t have a sign saying they’re dealers. They can look like you or I.

‘Hopefully the film will enable young people to recognise these people, giving them the courage to say no.’

As well as sharing the film online, the group also plan to take their resource into local secondary schools.

They hope that by targeting students they can help them to make better judgements when it comes to drugs and legal highs.

‘We want our message to go viral and reach as many people as possible,’ Jemma adds.

‘Don't be afraid to say no. Always remember, drugs are for mugs and your health is your wealth.’

Curtis Miller warns others his age about the dangers of legal highs.
Watch his Fixers film.