Hung up on Bats 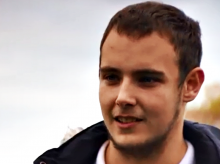 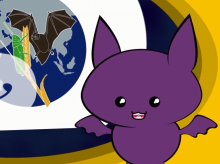 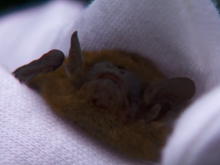 Up close with a bat in Fixers film

Tired of people getting into a flap about bats, animal enthusiast, Adam Hall, is doing his best to turn their Halloween image upside down.

The 19-year-old from Ambleside in Cumbria wants to show the lovable side to these creatures and change common misunderstandings about them being scary and dangerous.

‘My interest in bats began about three years ago when I was doing a project about them in college,' explains Adam.

‘I fell in love with how they looked and all the mystery surrounding them.

‘It’s a shame that popular culture and movies have turned this amazing mammal into a symbol of terror, but that couldn’t be further from reality.

‘My mission is to change these negative stereotypes and show bats for what they really are.’

With the help of Fixers, Adam and his team have helped to produce a short film, which aims to debunk popular myths about bats.

The light-hearted animation educates viewers on different species and shows how important they can be to the local environment.

Watch ‘The Story of Bats’ at the top of this page.

‘I absolutely love the film,’ he adds.

‘We thought making it witty would appeal to the younger generation and allow them to see bats in a different light.

‘But most of all, it was nice to explore a topic, which I feel very strongly about and bring it to the public’s attention.’

Adam, whose campaign was featured on ITV News, plans to share the film on social media and with local animal conservations.

He explains how the television piece has helped his campaign and where he would like to take it in the future:

‘Talking about bats is quite an obscure topic, but many seem to have responded well to what I’m trying to do, which is amazing.

‘Hopefully, people will watch the film, understand more about these amazing creatures and help protect them for others to enjoy in years to come.’