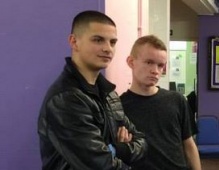 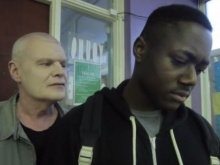 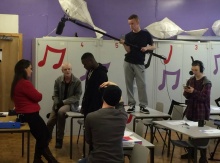 Concerned that too many young people try to face mental health issues alone, Leon Hollinrake and his team want to see more compassion extended to those who may be suffering in silence.

Eighteen-year-old Leon and his group from Rochdale want to make sure that others their age feel able to open up and discuss how they’re feeling.

‘People with mental health conditions should be supported just like anyone else,’ explains Leon.

‘This issue needs to be addressed because of the impact this has on individuals and their families.

‘Nobody should feel they’re on their own and a lot of people with mental ill health feel exactly like that.’

'People should not be judged for having a mental health illness. We should talk about it openly so people don’t see it as a big problem to run away from.’

With Fixers, the group have helped create a film to show that battling a mental health condition can be an isolating experience.

It demonstrates the potential consequences of bottling up emotions and encourages those close to young people to look out for signs that they might need support.

Watch Leon and his team’s Fixers film ‘Mental Health in Rochdale: Whisper in the Ear’ at the top of this page.

‘I hope this will give people the strength to continue fighting and to go out and seek support,’ Leon says.

‘This issue needs to be taken seriously.

‘People with mental ill health should feel like they are one with society – they’re no different to you and I.’

Miriam Jarvis wants young people to talk about their mental health issues
before they become overwhelming. Watch her Fixers film.