A Right To Life 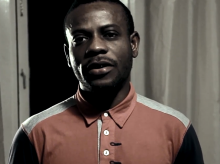 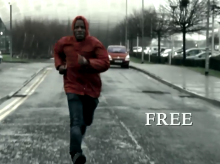 Emmanuel appears in the Fixers film 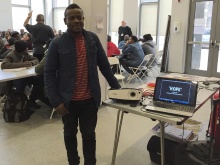 Emmanuel at the launch of his Fixers film

After fleeing persecution in his homeland of Nigeria, Emmanuel Thankgod Anuforo wants to show that immigrants like him are not bad people, but just in search of a better life.

The 24-year-old, who now lives in Glasgow, is encouraging others to be more accepting of asylum seekers, realising that their decision to leave for another country isn’t always out of choice.

‘I came here at a time when there was a lot of animosity in Nigeria and my life was at risk,’ explains Emmanuel.

‘Some of the things I’ve seen will stay with me for the rest of my life. Coming to the UK was tough at first, but I began to see it as a new start - a chance to make something of myself and be free.

‘I am hoping my story will make the public understand the often desperate situation many asylum seekers face.

‘I also want to show others like myself the power of hope and never giving up.’

With Fixers, Emmanuel has helped create a film in which he performs a poem he’s written.

It charts his experiences and aims to challenge negative stereotypes, while showing other asylum seekers that they’re not alone.

Watch Emmanuel’s Fixers film 'Hope' at the top of this page.

‘I’m really happy with the film. It’s one hundred per cent what I wanted,’ he says.

‘Hopefully it will send the right message and show people that we're all human and should be treated as such.’

The film was screened at the Glasgow City Mission on Friday 20th March during an international drop-in day hosted by the organisation.

One member of the audience, which mainly consisted of asylum seekers and refugees, commented:

‘This is a great project and I totally understand the film.

‘Emmanuel is incredibly inspirational and I hope his story will make the public have a better understanding of what many of us go through.’

Emmanuel now hopes to share the piece in schools and colleges around Glasgow, to further spread his message.

He adds: ‘I think it’s important that I reach as many people as possible.

‘Everyone has the right to peace and safety and that’s what my campaign is all about.’

Tori Baker and her team from Bristol are challenging negative
perceptions of refugees. Watch their Fixers film.