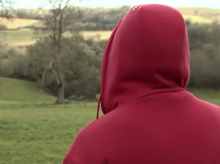 Fixer 'Tom', whose real name has not been used 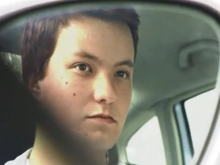 An actor reconstructs Tom's experiences in the broadcast 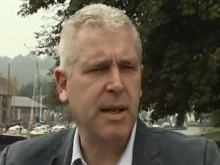 Twenty-three-year-old ‘Tom’, whose real name has not been used, became paranoid and started having hallucinations after smoking cannabis.

He now wants to promote greater understanding and change people’s negative perceptions of mental illness, so those affected can get the help they need.

‘In my third year at university, I broke up with my girlfriend,’ explains Tom.

‘I was doing my dissertation and turned to cannabis as a way of relieving the pressure and escaping the reality of my situation.

‘Initially it was a fuzzy feeling. I thought it was what I wanted – a sort of detachment.

'But then I became heavily paranoid and started having hallucinations.

‘A lot of friends didn’t contact me, probably because they didn’t understand mental health problems, which is partly due to a lack of education and training.

‘My Fixers project is to challenge the stigma attached to mental illness.’

With Fixers, Tom has helped produce a short animation.

Based on his own experiences, it seeks to reverse society’s negative attitudes towards mental ill health.

Watch the Fixers film ‘Open Your Mind’ below.

James Wooldridge from mental health charity, Time To Change, appears in the broadcast in support of Tom’s campaign.

‘I think it’s different to things like anxiety, depression and OCD where people can imagine what it might be like to have severely depressed days or to be acutely anxious,’ James says.

‘But to imagine what it might be like inside someone’s mind when they believe they’re the messiah or they’re possessed, that’s very difficult to relate to.

‘I think we often discriminate and stigmatise things we can’t understand.’

Tom adds: ‘My message is to open your mind to mental health issues. Don’t let narrow-mindedness get in the way of connecting with someone.

‘I’d feel I have achieved something if someone can get help when they need it, realising they are unwell and not being afraid to speak up.’