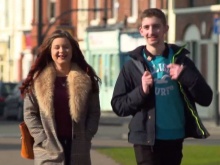 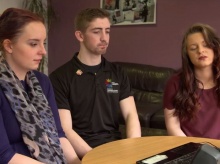 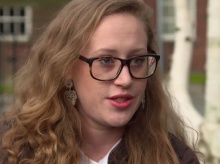 Worried that others their age wouldn’t recognise cancer symptoms, Jade Buckley and Saul Darlington are highlighting the warning signs.

Their story was broadcast on ITV News Wales at Six on Thursday 14th May.

Jade (18) and Saul (17) join Dan McNulty and the rest of their team from Wrexham in urging young people not to be fearful of seeing their GP if they have concerns.

‘When my friend was 17 he experienced chest pain and was coughing up blood,’ explains Jade.

‘He ignored the signs and didn’t go to the doctor until it got worse. He was diagnosed with lung cancer.’

Saul adds: ‘I was showing symptoms such as falling asleep and my neck was aching. I also had spots on my body and went a whole day without knowing it was meningitis.

‘I got rushed to hospital and it taught me that you shouldn’t ignore any symptoms.’

With Fixers, the group have helped create a film, encouraging their peers to act if they notice any signs of ill health. It shows two patients responding to worrying symptoms in different ways.

Watch the film ‘Cancer: Don’t Ignore the Signs’ by clicking on the image below. 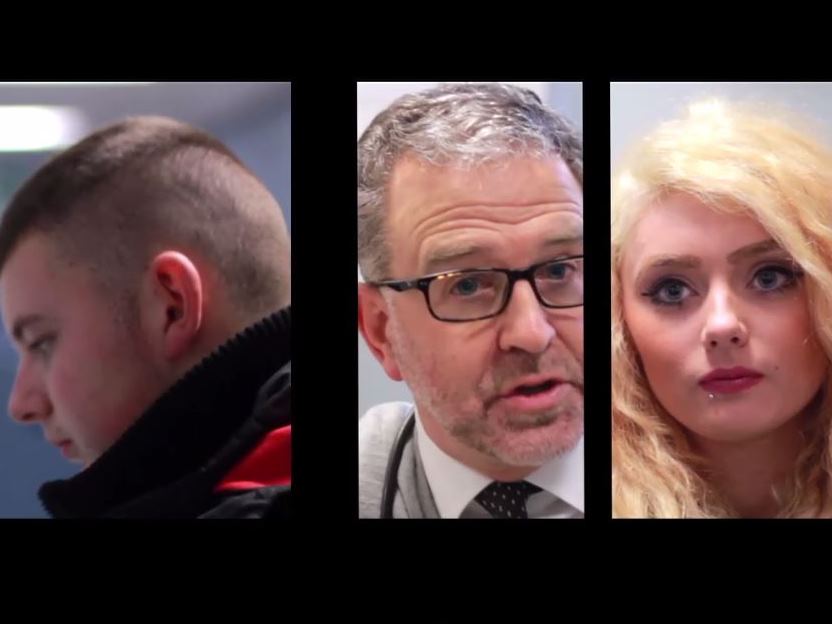 In the broadcast, the Fixers show their film to bone cancer survivor, Olivia Cork, who was diagnosed at the age of 14 and had to have her leg amputated.

‘The film is fantastic,’ Olivia says.

‘A lot of the emotions you portrayed in the film were emotions I know I felt.’

Sian Day from the Teenage Cancer Trust also appears in the broadcast in support of the group’s campaign.

‘Every year there are about 124 young people diagnosed with cancer in Wales between the ages of 13 and 24,’ Sian comments.

‘Even though it is rare in young people, it’s really important that they understand what to look out for so they feel confident speaking up and going to a doctor if they are worried.’

Jade adds: ‘I would be happy if more people went to seek advice about the signs and symptoms.

‘They should get help rather than ignoring it.’

After losing a close friend to cancer, Hayley Mills encourages
young people to get checked out. Watch her TV story.