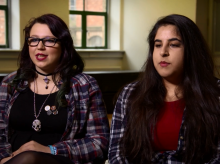 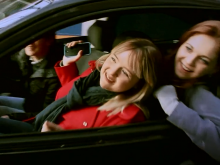 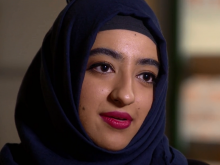 Tired of seeing women objectified by men in public, a group from Bradford are taking a stand against sexual harassment.

Their story was broadcast on ITV News Calendar this month.

‘It does happen every day and especially at night,' explains 17-year-old Tyler.

‘Some guys say it’s a bit of fun, but they don’t realise how it makes us feel.’

With Fixers, the group have helped create a film aimed at young people between the ages of 16 and 24.

Rather than showing a female victim, the short drama turns the tables, with a man being hassled by women.

‘It puts a guy in the girl’s shoes and shows what it’s like to get this type of abuse,’ says Tyler.

‘If the roles were reversed, I don’t think guys would appreciate how girls get treated on a day-to-day basis.’

Watch the film ‘Attitudes Towards Women’ below.

Samayya Afzal, Women’s Officer at the University of Bradford, is backing the campaign and appears in the broadcast.

‘Here at the university students’ union we found that 85 per cent of students and staff that were surveyed said they had been harassed,’ Samayya comments.

‘I think women are targeted because we do live in a society that still objectifies them.

'When you have to change your route home to avoid harassment – it’s not okay.’

Fixer Asawer Khan (17) adds: ‘I would actually feel proud if we made a change on this issue.

'We're not just going to be affecting our lives, but also the lives of other women.

‘Our video making such a big change would mean everything.’