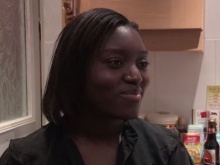 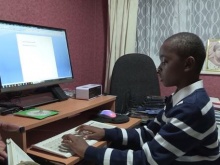 Joshua Beckford is interviewed in the Fixers film 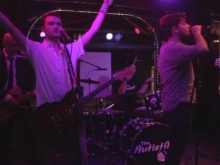 Rock band The AutistiX appear in the film

Fearing that autism is misunderstood by some members of black, Asian and minority ethnic (BAME) communities, Benice Asante Boahene is raising awareness of the condition.

The 25-year-old from London wants to tackle myths surrounding autism, helping people to receive more support and education on the topic.

‘I’ve realised over the years that some parents from the BAME community, whose children have autism, struggle to come to terms with it,’ explains Benice.

‘There isn’t much support available for them and it’s clouded with taboos. I want to make people aware that autism does not prevent someone living a normal life.’

Within some communities, misconceptions about autism can include that the condition is a result of bad parenting.

Research has also found that services can be less accessible for members of BAME communities who don’t speak English as their first language.

‘The taboos attached to autism can be really severe. I hope that educating people will help them to understand that autism does not make a person less human,’ says Benice.

‘I’ve heard stories where a person with autism was branded a demon and had to endure “cleansing”.

‘Some people also believe that autism is a mental disease which can be cured.’

With Fixers, Benice has helped create a documentary to raise awareness of autism and help eradicate stigma.

She explores the talents of people with the condition, meeting nine-year-old Joshua Beckford, who was studying at university by the age of six.

Ken Greaves, a Senior Specialist Autism Consultant, also appears in the film, to share his knowledge of the condition and the band The AutistiX are seen playing a gig.

Watch Benice’s Fixers film ‘Autism in BAME Communities’ at the top of this page.

‘I want to show people the successes of those with autism,’ Benice adds.

‘I know that with enough publicity people will begin to understand what autism really is.'