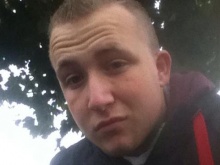 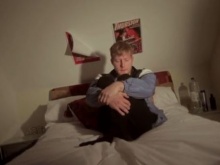 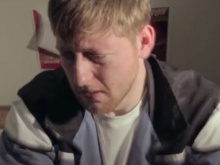 The character struggles until he eventually seeks support

Concerned that some people with mental health issues are putting on a brave face rather than seeking the support they need, Connor Sladden is urging those affected to ask for help.

The 19-year-old from Sheerness in Kent is encouraging others not to bottle up their feelings, reminding them that they aren’t alone.

‘I’ve suffered with depression, personality disorders and anxiety for quite a few years and it took me a while to ask for help,’ explains Connor.

‘People put a mask on and hide their emotions. They only show people what they think they should see.

‘With depression, it’s hard to admit you’ve got it. The biggest step is asking for support.’

With Fixers, Connor has been working on a film to demonstrate that seeking help is the first step to recovery.

It shows the burden of mental ill health and how this can be lifted with the right support.

Watch Connor’s Fixers film ‘Walk a Mile in My Shoes: Dealing With Depression’ at the top of this page.

‘I’m so happy with the film,’ Connor says.

‘It’s opened my eyes and I want to help people no matter what.’

Connor hopes to show his film to a variety of people in order to spread his message as widely as possible and has already shared it with Swale Borough Councillors and a local housing organisation.

‘I just want people to contact the organisations at the end of the film if they feel they need help,’ he adds.

‘The first meeting will just be talking, it’s not massive, but then there is someone there.

‘All I want to do is bring up the topic of mental health and not keep it secret.’