Speak Out Against FGM 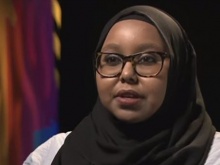 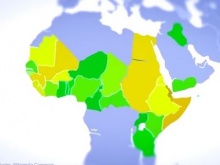 The film covers the regions where FGM is prevalent 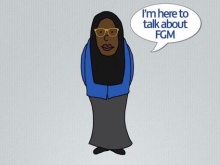 Keen to generate discussion and encourage better education on the subject of female genital mutilation (FGM) Hiba Warsame wants to help put a stop to the practice.

The 17-year-old from London is taking her campaign into schools to raise awareness of the procedure, which involves intentionally altering or causing injury to the female genital organs for non-medical reasons.

‘I want to create conversation between people so we can end FGM,’ explains Hiba.

‘Young people may be scared to say that they’ve experienced FGM as it could lead to penalties for their parents.

‘A young girl might also not understand that the act is wrong and so doesn’t think there’s a reason to discuss it.’

Nearly 60,000 women could be living with the consequences of FGM in England and Wales and Hiba hopes that further information on the topic will prevent them from continuing the tradition.

‘Education is key,’ she comments.

‘If people learn about the consequences and horrific risks of it – it will hopefully stop them from carrying out the act in the future.’

With the help of Fixers, Hiba has created a film, which looks at the background of FGM and encourages people to speak up on the issue.

‘The film is informative and gets across the message without being too graphic,’ Hiba adds.

‘My aim now is to share it in schools as a way of getting the conversation started.’

You can watch Hiba’s Fixers film ‘What is FGM?’ at the top of this page.

She hopes that talking about her campaign in this way will raise more awareness of FGM.

She adds: ‘It was a great opportunity to discuss the topic.

‘Some women feel that female genital mutilation is expected of them, which has to change.

‘Being at the event was really moving for me and gave me even more motivation to carry on my campaign.’

You can watch her story here.