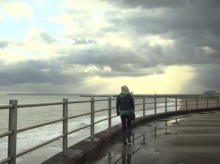 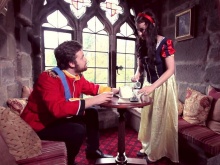 A scene from the Fixers film featured in the broadcast 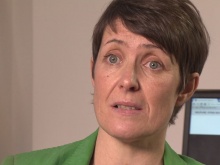 Abused by a boyfriend at the age of 12, ‘Rachel’ hopes to help others avoid unhealthy relationships.

Her story was broadcast on ITV News Meridian (E) on Thursday 5th March.

The 16-year-old from Kent, whose real name has not been used, wants to show young people how to identify when a partner’s behaviour is abusive, so they know when to seek help.

‘I started a relationship with a boy who was older than me,’ Rachel explains.

‘Two months in, his behaviour started to change.

‘He would ask who I was talking to, who I was with at school and who I was going to meet.

‘The small things progressed really quickly into hitting and kicking me.

‘The first time he raped me I was 12-years-old. It got to the point where I saw him every day, so it would basically be happening every day.’

In the broadcast, Rachel is shown a Fixers film about unhealthy relationships.

Appearing to be based on a fairy tale, it goes on to raise awareness of different types of domestic abuse.

‘As in this film, my relationship started off like a fairy tale,’ says Rachel.

‘But it soon began to go wrong.

‘I felt scared and ashamed about what was happening to me. I didn’t want to tell anyone because I thought they might judge me for it.

‘At the time, I really did feel as though it was my fault.’

Deborah Cartwright, CEO of the Oasis Domestic Abuse Service, features in the broadcast in support of Rachel’s campaign.

‘We know that one in five young women have said they’ve been abused in relationships,’ Deborah comments.

‘In a study, 70% of young people felt it was okay to hit someone if they’d been unfaithful.

‘It’s concerning because we are interested in others understanding the difference between conflict and abuse so they know what a healthy relationship is.’

Rachel adds: ‘The worst part for me wasn’t the things that he did to me.

‘It was the fact that I wasn’t able to tell myself that it wasn’t my fault and that I should leave.

‘The message I want to get across is that if you’re in an abusive relationship, speak up about it and get out of the situation.’

Worried that people in abusive relationships often feel trapped,
Natalie urges them to take the first steps towards seeking support.