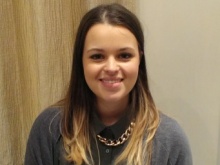 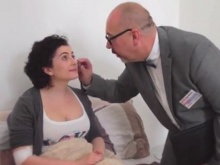 The film shows the comfort of care while ill 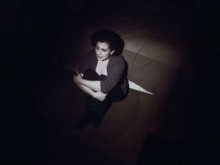 Keen to show that there is more to beating cancer than being given the all-clear, Evie Vocking wants better support for those in remission.

After being told that her treatment for Hodgkin Lymphoma had been successful, the 19-year-old from Surrey felt she was left to deal with the aftermath of her illness alone.

‘After three months of intense chemotherapy I was told that I was in remission,’ explains Evie.

‘Despite the extreme happiness and the relief that came with this outcome, there were still difficult times.

‘People aren’t always aware of the after effects of cancer. It can take a long while for you to return to your usual self.

‘A difficult change can be your appearance. For example, the transition from a wig to short hair, or the challenge to lose or put on weight that you may have gained or lost during treatment.

‘The emotional effects can be very hard yet you no longer have the guaranteed help of doctors and friends around you.’

With Fixers, Evie has helped create a film designed to show how it can feel to be left without support in remission.

She hopes to be able to present her resource to groups of young people in colleges.

Watch Evie’s Fixers film ‘Remission: Impossible – The After Effects of Cancer at the top of this page.

‘I hope that this film will draw attention to the fact that the effects of cancer don’t end at the word “remission”,’ she adds.

‘The emotions and trauma run deeper than some may think.

‘I hope that the friends and family of people who find themselves in this situation will be more aware and will continue to offer their support throughout.’

Highlighting the importance of catching cancer early,
Hayley Mills shows others the signs to look out for.