Search Me Fix On ITV 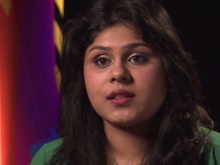 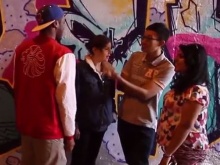 A group of young people feature in the broadcast film 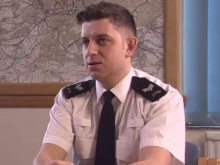 Believing that some young people can feel victimised by a police stop and search, Sanya Rajpal wants others her age to know their legal rights.

The 19-year-old from Bristol feels that police sometimes need to be clearer about their reasons for carrying out the procedure, in order to enable greater understanding and a more helpful response.

‘The relationship between the police and a lot of young people is not a very positive one,’ explains Sanya.

‘I understand that the police need this power of stop and search to be able to keep our streets safe, but what we’re looking at is the way in which they carry it out.

‘Often when young people are stopped they get exasperated because they think it happens again and again because of the way they look, or because they’re a teenager.

‘It results in a lot of aggression and distrust because of a lack of understanding. A lot of it is to do with feeling victimised.’

With Fixers, Sanya and her team are helping to create a film to make young people more aware of their legal rights if they are subject to a stop and search by police.

She hopes it will improve relations between the two parties.

Sergeant Chris Green from Avon and Somerset Police appears in the broadcast piece in support of Sanya’s campaign.

‘I think it’s good to create as much conversation about this subject matter as possible,’ he says.

‘The police officer needs to identify themselves and say exactly what it is they’re looking for and the reasons for the search being conducted.

‘The young person then needs to walk away with a clear understanding of why they were searched.'

Sanya adds: ‘I think the police in Bristol are willing to do something.

‘They know that we can’t continue having such a negative relationship so hopefully this video can become the foundation of a shift.

'There is a problem that both sides want to do something about, and I think it’s about time that we do.’

Worried that young people are too often perceived as a nuisance, Chloe
and her team want to tackle these negative attitudes. Watch their TV story.