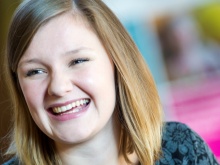 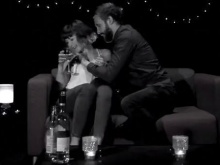 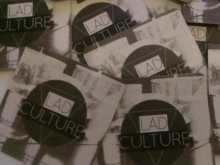 Beer mats will be distributed to promote the Fixers film

Concerned that sexist attitudes and ‘laddish’ behaviour are becoming rife among students at universities, Maisie Jenkinson is challenging those who dismiss harmful comments as jokes or banter.

The 23-year-old wants to tackle what’s become known as ‘lad culture’ – behaviour that can include heavy drinking and making light of serious sexual offences – saying it is damaging for both men and women.

‘It’s harmful in so many ways and it affects so many people,’ explains Maisie from Worcester.

‘Jokes about rape are not funny and are especially horrible for people who have ever suffered sexual abuse.

‘It’s part of a wider system that objectifies women and congratulates men for domineering behaviour.

‘It’s harmful for men to be encouraged to think of women as objects and to consider sexual violence funny.

'It can’t help them to form healthy relationships.

‘For women, it can make public spaces feel uncomfortable, and even threatening.’

With Fixers, Maisie has helped create a film, based on real-life experiences and comments.

It shows female students being heckled, touched inappropriately and harassed on a night out, and ends with the clear message that sexual assault needs to be taken seriously.

Beer mats designed to promote the film have also been produced, and will be distributed in bars and pubs in Worcester and Birmingham.

Watch Maisie’s Fixers film ‘Lad Culture’ at the top of this page.

‘The film’s great. It looks amazing and I think it gets the point across really well,’ Maisie adds.

‘I think a large number of women will have had a negative experience related to gender inequality.

‘I hope my project will help others to understand the implications of lad culture and why it can upset and scare people.’