Autism And The Police 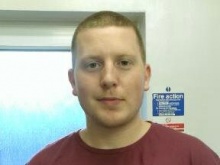 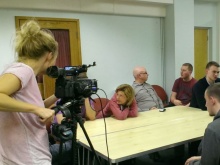 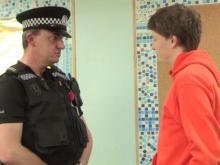 Wanting the police to have a better understanding of those with autism, Simon Lowe is campaigning to tackle the problems caused by miscommunication.

The 25-year-old from Weybridge in Surrey hopes to help officers differentiate between the behaviour of a person who is guilty, and someone who is on the autistic spectrum.

‘I have Asperger’s syndrome and am high functioning, but I have had dealings with the police that have got me into trouble,’ explains Simon.

When a person with the condition is put under pressure, such as being questioned by the police, they may avoid eye contact, become agitated and sometimes even aggressive.

They don’t always understand the implications of this behaviour, which can lead to further interrogation.

‘If there was an incident in the area, most people would take down their hoods so they don’t look suspicious,’ Simon comments.

‘Someone with autism wouldn’t understand that scenario.

‘The police would have a good enough reason to ask questions but the person with autism wouldn’t understand.’

With Fixers, Simon and his team have helped create a film in which a police officer is asked to try to identify from a selection of interviewees who is on the autistic spectrum.

An ASD specialist and representatives from the National Autistic Society and Hampshire Police also appear in the film, to advise officers on how to pursue more successful interactions in the future.

Watch Simon and his group’s Fixers film ‘Autism and the Police’ at the top of this page.

Simon adds: ‘I want people to take knowledge away from this.

‘It should become talked about and I want others to use the film professionally.’

Simon's project was supported by the Wellcome Trust.