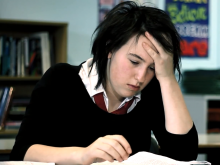 Fixer Allie Mackinnon plays a role in the film 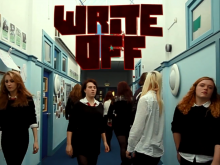 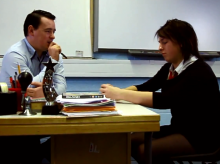 A student talks to a teacher in the film

Knowing what it’s like to live with a mental health issue, Allie Mackinnon is calling for greater understanding in schools, so that more young people feel able to speak about their problems.

The 17-year-old from Peebles wants to show teachers how their support could help students talk more openly, resulting in them getting the help they need.

‘Since the age of 12 I’ve struggled with anxiety and depression,’ explains Allie.

‘Getting the right help took a while.

'My friends spent a lot of their time looking after me.

'Just because you can’t see it, doesn’t mean it’s not there.

'My campaign is about promoting understanding and making it easier for people to get help.’

With Fixers, Allie and her team have helped create a short film to encourage students with mental health issues not to bottle up their emotions.

It highlights the difference they think teachers can make if they’re equipped to support pupils who are facing difficulties.

Watch Allie's Fixers film 'Write Off' at the top of this page.

‘I think the film is brilliant. I couldn’t stop watching it,’ says Allie.

‘Hopefully it will show students and teachers the importance of talking about mental health.

‘If I’d have seen a film like this growing up, I would have known it was alright to speak with someone, without fear of being dismissed.’

Allie and her team plan to share their film on social media and in local schools.

She adds: 'Teachers need to be better at spotting the signs.

'I hope our campaign will help them with that.'

A team of Fixers from Kent want young people with
mental health issues to break their silence. Watch their film.