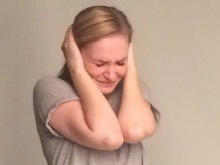 An actor plays the role of a rape survivor 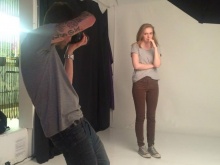 An actor and producer work on Sarah's Fixers resource 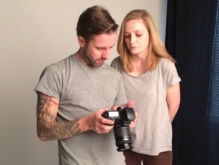 On set at the Fixers photo shoot

A young woman from South Yorkshire, who’s a survivor of rape, is campaigning to give others with similar experiences a voice, so they don’t feel alone.

Twenty-five-year-old “Sarah”, whose real name has not been used, wants people affected by rape to feel able to speak out, without feeling ashamed or blaming themselves.

‘After it happened I was in shock and felt extremely lonely,’ explains Sarah.

‘The really upsetting thing in my case was that some people didn’t believe me.

'This is a fear which I’m sure many victims have in common.

'We need to empower others to realise that it’s not their fault. Speaking to someone about it is the answer.’

With Fixers, Sarah has helped produce a poster. Displaying the message, ‘rape leaves a lasting reflection, help victims see beyond it’, it urges others to support survivors to overcome their traumatic experiences.

Click on the image below to enlarge Sarah’s Fixers poster: 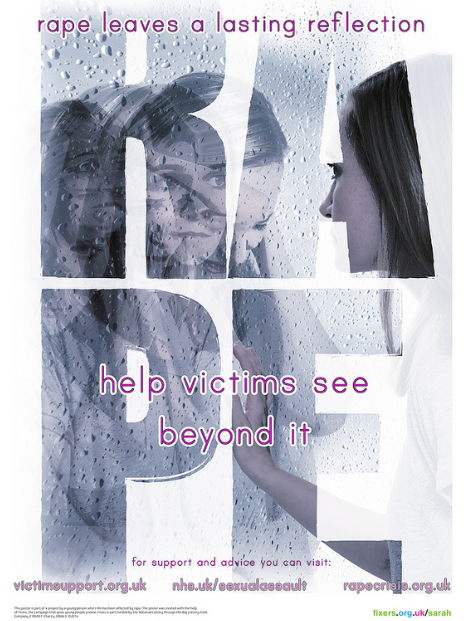 ‘It was difficult revisiting what had happened, but it was worth it in the end,’ Sarah says.

‘Many posters that I’ve seen tend to encourage people to take precautions rather than offering support.

'This campaign is as much to do with changing society’s opinions of rape as it is giving victims the courage to speak about it, which I think it does really well.’

Sarah hopes to display her posters in places including schools and colleges in a bid to raise awareness.

She adds: ‘If it makes people think about the issue a bit more than before, and inspires victims to feel as though they will be heard, I’ll be happy.’

For more information and advice on this issue, visit the Rape Crisis website.

Sarah’s also been speaking about her campaign on TV.
Watch the film.