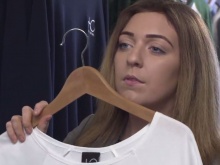 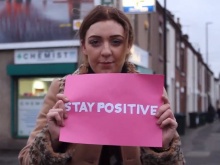 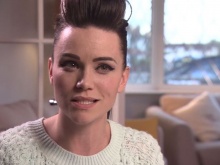 After low self-esteem caused her to develop eating disorders, Shannon Finan wants to promote positive ideas of body image, to show other young people that beauty comes in all shapes and sizes.

Her story was broadcast on ITV News Central in January 2015.

The 20-year-old from Coventry, who’s now in recovery, hopes to inspire others to feel more confident in the way they look, urging them not to be influenced by images in the media.

‘Every Tuesday I’d go out and buy the latest magazines,’ explains Shannon.

‘I wanted to be the people in the photos and that’s why I felt so bad about myself.

‘I ended up developing anorexia and bulimia and plummeted from nine stone to six stone.

'I’m back to a healthy weight now and I’ve learned to accept my body type.

‘I want to encourage people to keep fit the right way and not to hurt themselves to become something they’re not.’

With Fixers, Shannon is helping to make a film to highlight the importance of thinking positively, and show others that recovery is possible.

She plans on sharing the resource with schools, to encourage teenagers to accept and feel good about their bodies.

‘The film tells my story and explains how I’ve got through my eating disorder and come out the other side,’ Shannon says.

‘It shows you can live a happy life after anorexia – you can recover. Every day is recovery for me.’

Holly Matthews, an actress and Shannon’s acting teacher, appears in the broadcast in support of the campaign.

‘I grew up on Byker Grove - a kid’s TV programme - so I had the pressure of being on television in the public eye,’ Holly comments.

‘It’s unobtainable to most people - even to the celebrities themselves as it’s so airbrushed.

‘What Shannon’s doing – explaining to young people that you don’t have to be that way – will do some real good.’

Shannon adds: ‘Knowing that this is a good thing to do spurs me on.

‘When you’ve been through a journey like mine, to come out on top and be smiling is the best feeling ever.’

Positive ideas of body image are also important to Maddie Wilshire from Truro.
Find out more about her Fixers campaign.