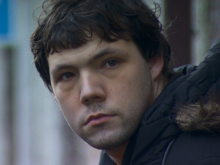 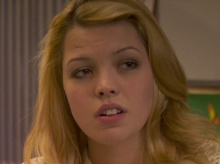 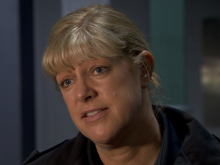 By highlighting the potentially devastating consequences of speeding in rural areas, Peter Charlton is hoping to drive down the number of motorists who break the rules of the road.

His story was shown on ITV News Tyne Tees on Thursday 8th January.

The 25-year-old from Trimdon Station in County Durham is concerned about reckless driving on the roads in his village, and wants motorists to mend their ways before they cause a crash.

‘It does get me worried about elderly people, little kids and those who are in a wheelchair.

‘Through my project, I'm hoping that people will come to their senses and slow down.'

In the broadcast piece, Peter speaks to Anna Drysdale – a young woman who was once involved in a car accident while driving to college.

‘I had a momentary lapse of concentration and hit the kerb,’ she says, reliving her experience.

‘It made the car spin and hit a tree at 60 miles an hour.

‘I broke my thigh bone and my forearm was completely open. I was told that if I had been speeding, I would have been dead.

‘The speed limit on any road is the maximum you should do. It doesn’t mean you have to do that speed.’

PC Christine Wood, a Family Liaison Officer at the Cleveland and Durham Specialist Operation Unit, also appears in the broadcast in support of Peter’s campaign.

‘What Peter is doing is absolutely excellent to bring this subject to people of a similar age to him,’ she comments.

‘It sometimes takes a person of that age to highlight what the dangers of excess speed are.’

Peter adds: ‘If you drive like a maniac then you're going to end up killing somebody.

‘My message is be sure to drive safe. Please be aware of what you're doing on the road.’