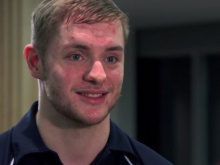 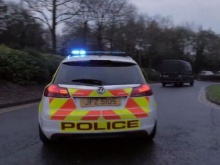 Concerns about recent break-ins are raised in the film 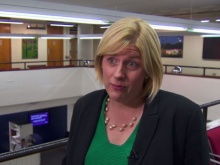 Concerned about burglaries at student houses, Robbie Banham from Portstewart in Northern Ireland and his team are urging young people not to neglect basic home security.

Their story was be shown on UTV Live in January 2015. Click on the film at the top of the story to watch.

Working at the Student Union at the University of Ulster, 25-year-old Robbie wants to remind students to be more safety conscious when leaving their home unattended.

‘More and more students are coming to tell me that they’ve gone on nights out, come home and they’ve been robbed,’ explains Robbie.

‘A lot of them are leaving their homes unsecured. They’re just running out, closing the door, thinking nothing of it and then realising what that simple mistake has cost them.’

With Fixers Robbie has created a short film showing young people the importance of securing their homes.

Watch the film below.

In the broadcast, Detective Chief Inspector Catherine Magee of thePSNI provides more details about this type of crime.

‘Burglars will just go along and try doors to see if there are any open,’ she describes.

‘It is easy access and they’ll just go into the house and take items which they can steal and then move on quickly.'

Stacey McKee, a young person involved in the project, also appears in the TV film. She highlights the fear associated with being burgled.

'My roommate’s sister had her laptop stolen, and her two housemates lost theirs as well,' she says.

'We were really paranoid for a while after it. I was locking my bedroom door at night while I was sleeping because it was just so scary.'

Robbie adds: ‘I hope students will think twice about checking their doors and windows.

‘If one student takes away from this that they should double check before they go out, that would make me very happy.’