Judge the Car, Not the Driver 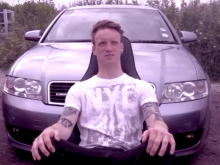 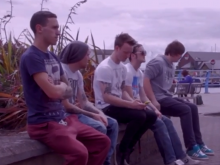 Young car enthusiasts in the film 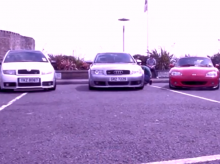 Some of the young people's modified vehicles

Tired of being branded boy racers, a group of car enthusiasts from Carrickfergus are putting their foot down on negative stereotypes of young drivers.

Twenty-year-old Steve McLaughlin and his team enjoy modifying their vehicles, but say they often get pulled over by police, who think they’re up to no good.

They now want to show that having a souped-up car doesn’t necessarily mean you’re a reckless driver.

‘We get stopped all the time,’ explains Steve.

‘Spending money on our cars is a passion of ours and we work hard for it. But it’s as if we’re not trusted and people automatically think that we’re causing trouble, which is actually quite hurtful.

‘Our campaign is to show authority figures in particular that we are decent people, so don’t tar us all with the same brush.’

With Fixers, the team have helped to create a short documentary explaining more about the car modification scene in Carrickfergus.

Featuring the group, the film looks at a trend of car modifying known as stance, urging others to see it as a hobby instead of a crime.

Watch the group’s film ‘Stance is Not a Crime’ at the top of this page.

‘We wanted the film to be quite informative so that people understand more about what we do,’ says Steve.

‘The fact that we take pride in our cars should be an indication to others that we’re not going to drive them recklessly.’

In a bid to promote mutual respect, the team plan to show their film to the police while also sharing it with representatives from the local council.

‘It is about changing people’s opinions, but at the same time, we need to work together with others to ensure that everybody benefits.

‘Judge the car and not the driver.’

A group from Magherafelt are encouraging young drivers to
think about road safety. Watch their TV story!