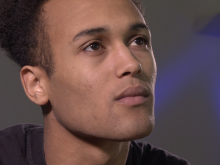 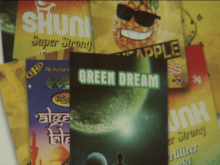 An example of legal highs found on the internet 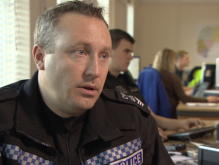 Concerned that young people mistakenly assume that legal highs are safe, Curtis Miller is raising awareness of their serious side effects.

His story was broadcast on ITV News Meridian (W) in December 2014.

The 20-year-old from Selsey near Chichester wants more people to know of the hazardous ingredients within these products, which are often unsafe for human consumption.

‘A legal high is a synthetic drug built up of chemicals which aren’t banned,’ explains Curtis.

‘The legal stamp makes everyone think that it’s just an everyday thing, that it’s not breaking the law.

‘The first time I heard about them was through friends. Everyone was coming back from parties and you’d always hear stories.'

According to the Frank website, legal highs produce similar effects to illegal drugs like cocaine, cannabis and ecstasy, but their exact ingredients and effects are often unknown.

They have been directly linked to poisoning, emergency hospital admissions and in some cases, death.

Sergeant Chris White from Sussex Police appears in the broadcast and further compounds the dangers of these drugs.

‘When you think you may be buying a legal high, it probably contains items in it which are actually illegal,’ he explains.

‘When we come across that we arrest people and put them through the court system.

‘Our aim here is to prevent loss of life. We want to educate and say that they are not good for you. They are not legal highs – they are illegal drugs.’

Curtis adds:  ‘I’m concerned about the impact this could have on the younger generations as in the future it could be a big problem.

‘I hope that by seeing my film people will think twice about taking legal highs. It’s a lot more dangerous than you think.’

you take with life when taking legal highs.