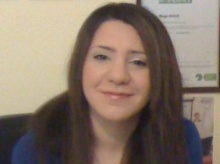 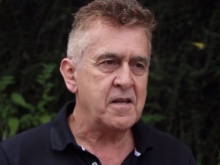 Charlie Hanson, a producer and director, shares his views 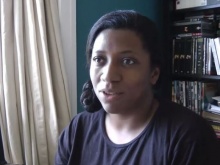 Avril E. Russell, a writer and director, features in the film

Feeling that people from some ethnic minority groups aren’t represented in the TV industry, Muge Ahmet is calling on commissioning editors to help increase diversity both on and off screen.

The 25-year-old from Lambeth in South London, who is Turkish Cypriot, began her campaign after writing and producing her own sitcom about a Nigerian family and their Turkish neighbours.

‘I didn’t get anywhere with my sitcom. I decided to contact Fixers to speak about the problem of the lack of diversity on TV both in front of and behind the camera.’

According to the organisation Creative Skillset, people from a Black, Asian or minority ethnic (BAME) background represented 7.5% of the total workforce in television in 2012.

‘The lack of diversity on TV has been a debate for a number of years now,’ Muge says.

‘However the numbers are dropping according to the Creative Skillset employment census of the media industries in 2012.

A film created as part of Muge’s campaign features the viewpoints of a number of industry professionals.

Charlie Hanson, a producer and director, Chelsey Jay, Ambassador for Models of Diversity, Amardheep Dhanjal, Magic Singh, an international magician, and Avril E Russell, a writer and director, are interviewed in the video.

They believe that what is shown on the small screen and the teams working behind the scenes need to better reflect the UK’s multicultural society.

You can watch the film ‘diverseTV’ at the top of this page.

‘I wanted to create a documentary which prompts discussion about the lack of diversity on TV and what a diverse TV industry should look like,’ Muge adds.

‘I plan to share it on social media sites.’

Chelsey Jay has undertaken her own Fix to urge the film, music and
fashion industries not to overlook people with disabilities. Find out more.