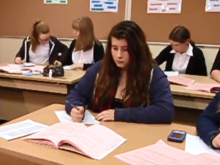 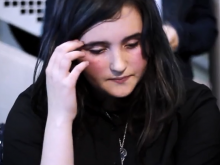 Actor playing the role of a cyberbullying victim 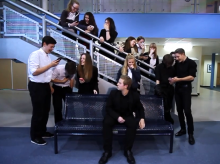 Scene from the Fixers film

Warning young people about the dangers of using social media irresponsibly, Hannah Aldred and her team want others to take care before they share.

Worried that many her age are putting themselves at risk of being cyberbullied, the 16-year-old from Edinburgh and her group are using their experiences to help promote online safety.

‘Whether it’s sending pictures or generally keeping in touch with friends, there is no doubt that social media has brought the world closer,' explains Hannah.

‘However, I think that many young people are often a bit too open about their lives on the internet.

'This can be quite dangerous because you never know where that information may end up.

‘I’ve seen how this issue can affect others, which is why we’re trying to protect as many people as we can with our campaign.’

With Fixers, Hannah and her team have created a film looking at the potential pitfalls of sharing information via social media and instant messaging.

The short piece depicts several scenarios where young people, played by actors, see the shocking consequences of sending what they believe are innocent pictures to friends.

Watch their Fixers film 'Think Before You Share' at the top of this page.

‘The film is great and the message is really strong,' adds Hannah.

‘We wanted it to be realistic and reflect what actually happens in everyday life.

‘The aim was to make young people think twice about their decisions and know that what they share with others may not be as private as they initially thought.’

Believing people in their early teens are more likely to be affected by this issue, the group plan to share their film online and take it around local secondary schools.

‘This can be a very challenging time for many young people, who are finding out new things about themselves.

‘This is why it’s crucial that we protect our peers and get them to think about the impact of their choices.’

For more information and advice on how to keep your digital-self safe, visit the Childline website.

against cyberbullying. See his story.