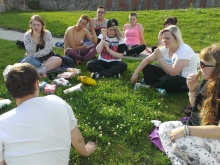 The group of Fixers discuss their campaign 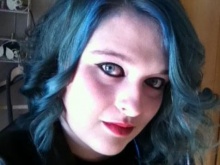 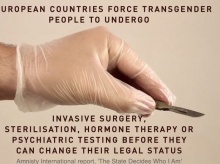 With LGBT rights remaining a controversial issue internationally, a group from Kirkcaldy, Scotland, want those living in Great Britain to not forget the struggles of those abroad.

Same-sex marriage was legalised in Britain in March 2014 and is due to take effect in Scotland later this year.

However, despite this progress, the group want others to realise that LGBT minorities in some parts of the world remain in fear of persecution and even death.

'It's important that we do not take our current situation for granted,' explains 18-year-old Ash, describing the team's concept.

'A lot of us were shocked at the thought that - while we do deal with some discrimination here - it is so much worse in other countries.

'If any one of us had been born elsewhere, we could have been locked up, beaten or even killed for who we are.'

Talking about events such as the Sochi 2014 Winter Olympics, which raised the profile of LGBT rights in Russia, Ash highlights the importance of continuing to know about these international laws.

'This discrimination was a huge topic in social media for some time,' the Fixer explains.

'However, the hype around it then slowed, despite the fact that these issues remain and people still need our support.

'It's also important that LGBT individuals know that if they ever travel to such countries, they'll have to be careful to keep themselves safe.'

With the help of Fixers, the group have created a film which details the various regulations in place around the world and how they have an impact.

The resource covers the punishments faced by transgender people and those in same-sex relationships.

'We want this to raise awareness about what people all around the world go through, and it should make us appreciate what we have,' explains Ash.

'As many as possible should see this and we want those in a position of power to take notice.

'LGBT people from other countries should know they are not alone and that others do care about their happiness and safety.

'We should all join the push for equality around the world.'

See how Fixer David took his campaign to ITV News

in an effort to reclaim the use of the word 'gay'.