Not Defined by Disability 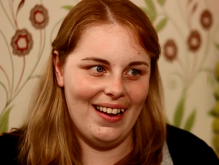 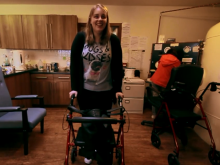 Danielle uses mobility aids to get around 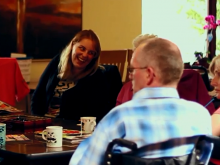 The Fixer speaking to a group of people

Diagnosed with multiple sclerosis (MS) last year, Danielle Alexander wants others to know that having a disability doesn’t define a person or make them less competent.

Worried that others like her are often misjudged by society, the 24-year-old from Alness in the Scottish Highlands is challenging negative stereotypes of those with disabilities.

‘It can be a daily battle living with MS,’ explains Danielle.

‘Because I get muscle fatigue, which affects all my limbs, I use mobility aids to get around.

‘People tend to stare at me in public or automatically assume I can’t do something.  It really hurts and makes me angry because they don't understand.

‘By doing this project, I hope to change people’s opinions of others like me, while also reassuring those with disabilities that life goes on.’

With Fixers, Danielle has helped to make a short film, which seeks to challenge misunderstandings about those with MS.

The semi-satirical piece features an actor playing the part of a judgemental reporter, who interviews Danielle on what it’s like to live with the condition.

By the end of his questioning, he comes to realise that there’s more to somebody than their disability, which is the central message of the film.

Watch Danielle's Fixers film 'MS & Me' at the top of this page.

‘It really drives home my message about the need for everybody to be treated equally,' she adds.

‘Of course having MS can have its ups and downs, but it’s not the end of the world, which my campaign demonstrates really well.’

Danielle is keen to share her film online to ensure it reaches as many people as possible.

She adds: ‘I know some people with a disability may find it hard to get around, so making the film available on social media will be easier for them, while also engaging the wider public too.

‘If more people begin to see the person and not the disability, the world would be a better place.’