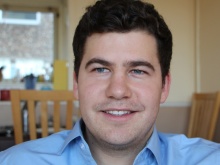 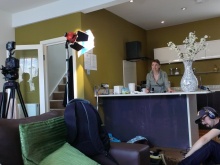 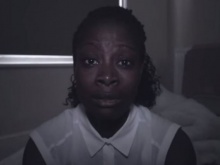 Keen to help put a stop to human trafficking, Kevin Ackermann is urging people who see it to report it.

The 26-year-old* from Hackney in North East London wants to show others how to spot when someone is being exploited, so more victims can receive help.

‘As people we bear responsibility to one another,’ explains Kevin.

‘We can’t continue to ignore this issue as the effects it has on victims are unimaginable for most of us.

‘I hope this can be a wake-up call to ensure that human trafficking can be eradicated.’

With Fixers, Kevin has helped create a film to raise awareness of the crime and what to look out for. It addresses the issue of human trafficking from six different perspectives.

Based on information provided by The Salvation Army and Anti-Slavery International, actors tell the stories of a man and a woman who are trapped working long hours for minimal pay.

Other characters feature in the film to show people the importance of reporting their concerns, if they think they’ve seen a worker being exploited.

Finally, representatives from The Salvation Army and the Metropolitan Police appear to make viewers aware of the ways in which they can help.

You can watch the film ‘Human Trafficking: Trafficked’ at the top of this page.

‘I am very pleased with the outcome,’ says Kevin.

‘I am happy that the experts from The Salvation Army and the Met are actively participating in this project, and I hope the film can inspire others to take action.

‘I would like to get people to think about who they hire when they fix their house or car, where they order their takeaway from, and who’s behind the products or services they consume.’

Hoping to show his film to as wide an audience as possible, Kevin wants the resource shared on social networking sites.

‘I believe that every person should be able to develop their intellect, and through that be able to make positive contributions to their community,’ Kevin adds.

‘As a victim of human trafficking, you have no such opportunities.

‘This is both a crime and also extremely sad to witness - so much potential gets lost in this world.’

*Fixers sometimes go beyond the 16-25 year age bracket while working on their Fix.

Joining the efforts to stop human trafficking are Amy Arnott
and her team. Watch their Fixers film.